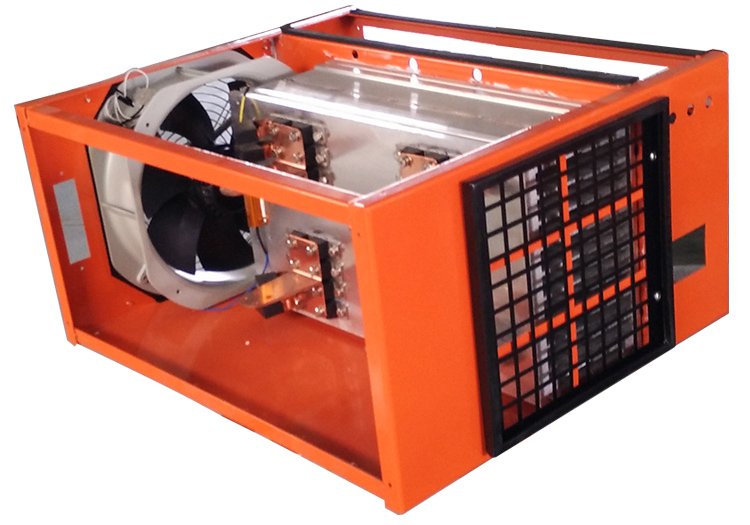 1960s large-scale application of the linear regulator DC power supply, because it’s following disadvantages, such as large volume weight, it is difficult to achieve miniaturization, large loss, low efficiency, there are common end between output and input, which difficult to achieve isolation, it can only lower voltage, can’t increase voltage, so it is difficult in the case of the application of output greater than 5A, has begun to be replace by DC SMPS power unit.

In 1973, Motorola published an article entitled “Trigger from 20kHz of revolution”, all around the world set off a development boom of high-frequency switching power supply and DC/DC converter is used as a switching regulator switching power supply, the power density from 1~4 W/in3 increased to 40~50W/in3. First adopted Buck converter.

By the mid-1980s, Buck, Boost and Buck Boost converter is also applied to SMPS power unit. The mid-1970s, the California Institute of Technology have developed a new switching converter, called Cuk converter (based on the inventor’s name S1obodan Cuk). Cuk converter and Buck-Boost Converter with each other duality, also is a step- down converter. The mid-1980s and then gradually be applied to switching power supply.

In 1976, the United States P. W, Clarke has developed a transformer “primary inductance converter” referred to PIC, patented, and is also applied to the switching power supply.

In 1977, Bell Laboratories on the basis of the PIC, has developed a transformer “single-ended primary inductance converter”, short (with the transformer) SEPIC circuit, this is a new DC/DC single-ended PWM switching converter circuit is called dual DualSEPIC, or Zeta converter.